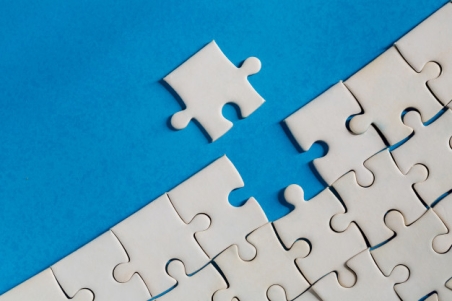 As I’ve been doing these past few weeks, whenever I have downtime to recharge and recalibrate, I’ve been digging into leadership articles posted by the Harvard Business Review. This week I listened to “In Praise of the Incomplete Leader” by Deborah Ancona, Thomas W. Malone, Wanda J. Orlikowski and Peter M. Senge.

The authors explore the idea of the perfect leader, and how “no single person can possibly live up to those standards.” It’s an interesting concept to dive into as leaders across the world are faced with complex and intricate challenges they’ve never had to contend with before.

I’ve long embraced the idea that a leader must exist in a state of continuous improvement, and part of this perpetual process necessitates that leaders embrace the inherent incompleteness of their capabilities. And it isn’t a bad thing. A mix of strengths and weaknesses means you can rely on others and know when to charge onward and when to let go. As I often say, the battles you choose must win the war, and sometimes you need to lose the battle in order to win the war. By contrast, a leader on a quest to be all things, to be fully complete, endangers an organization, exhausting resources while never being able to fulfill this impossible mission.

The authors developed a model of leadership that underscores their particular definition of incompleteness, breaking down incomplete leadership into four capabilities:

Sensemaking. This term was coined by organizational psychologist Karl Weick and quite literally means making sense of everything that’s around us — from shifting technologies to the increasing globalization of markets. Leaders with heightened sensemaking have the ability to capture the intricacies of their business and explain them in terms everyone understands. They create a clear and concise roadmap, ensuring everyone knows how to use it to get where they need to go.

Relating. In relating to a team, a leader is building relationships based on trust, mutual understanding and respect. While an anachronistic model of leadership positions the leader as all-knowing, the authors’ modern model takes into account that leaders must relate to those around them by “inquiring, advocating and connecting.”

Visioning. Unlike the previous two capabilities, which set the stage for motivated team members who embrace change, the next two capabilities are more action-based. Leaders who are strong at visioning embody the core values of the company in their actions. A leader capable of visioning can clearly articulate to their team what the future holds and compel them to commit to fulfilling the actions necessary to reach it. Visioning, when done right, unearths “an extraordinary collective sense of possibility.”

Inventing. If visioning is the finish line as seen from 36,000 feet, then inventing is the innovative groundwork that allows a team to soar. It involves creating new systems and processes—or as I say, a solid system of execution—to help team members commit to and execute on their Wildly Important Goals.

So, what’s the message? Not everyone is good at everything, in fact that’s the very definition of being incomplete. Intel Chairman Andy Grove was the classic sense-maker. Herb Kelleher, former CEO of Southwest was famously strong at relating, talking to his team with true emotion. And Apple CEO Steve Jobs was a renowned visionary, who understood that embracing the incomplete took courage, intuition and incredible insight to uncover lasting success.

Respond to THOUGHTS ON LEADERSHIP: THE BENEFITS OF BEING INCOMPLETE