This week my travels found me first in Northern California, although I write this now as I attempt to pack for an eight-day trip on the road. Anyway, it’s been a busy week, and especially a busy Wednesday that was packed with meeting unforgettable leaders and remembering them, too.

Let me describe for you my day and how on each of three stops I made yesterday I kept encountering the same theme: loyalty.

Since day one, Larry, John and Brian have been loyal advocates for our brand and this loyalty has inspired every single agent at the company to proudly represent our network in their local market. (Even the administrative assistant Teresa Pesce—who I call the Director of First Impressions—has been with the company for about 12 years.) 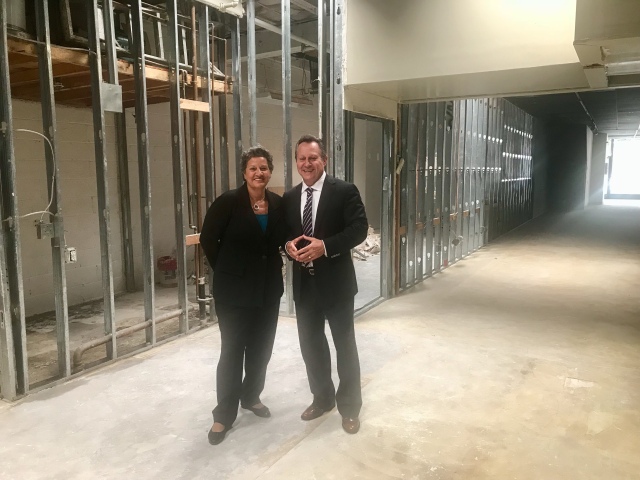 In April, Paula earned headlines when she left her position at Vanguard Properties to become a broker at Drysdale Properties and Regional Partner for the company’s San Francisco and North Bay operations. Paula is a longtime friend of Gretchen Pearson, Drysdale Properties’ fearless leader and CEO, and Gretchen was responsible for recruiting Paula into the company. Paula is an industry veteran, highly regarded production leader and luxury property authority in Northern California and under hers and Gretchen’s helm, I have no doubt the luxury real estate operations will see tremendous growth.

Now, you might be wondering why I skipped from stop one to stop three and there’s a good reason. In between witnessing the loyalty and leadership of John, Larry, Brian and Paula, I attended the memorial service for my great pal Dwight “The Catch” Clark, five-time Super Bowl Champion, football icon and above all, an incredible, loyal friend.

Named “Dwight Clark: A Celebration of Life,” the gathering was just that … an invitation-only opportunity for Dwight’s closest friends and family to memorialize a life so fully lived.

The ceremony included a welcome message and prayer from esteemed local reverends, deans and pastors; fan reflections on “The Catch” read by Dwight Hicks (former safety for the San Francisco 49ers from 1979 to 1985) and Brent Jones (former tight end who played with the 49ers from 1987 to 1997); reflections from Dwight’s younger brother, Jeff Clark and niece Meredith Matsumoto; a moving song—Ubi Caritas—by the Men of the Cathedral Choir; reflections from legendary 49ers quarterback Joe Montana and finally, a eulogy from Eddie J. Debarolo, Jr., former owner of the 49ers.

Dwight’s brother Jeff delivered a moving talk that focused on family and heritage. He described their father as a passive man who wanted to solve problems – he was 6’4,” 315 lbs.—and their mother, in comparison, was 5’2” and 125 lbs., a fiercely loyal woman who supported her sons no matter what. Jeff said: “In my home we talked a lot about honor. We talked a lot about blood. That you take care of blood. And my parents instilled that and it’s a shame that you have to go through something like this family is going through to really realize how important family is.”

Eddie also gave one of my favorite speeches of the day, which focused on Dwight’s most memorable attribute that for me also profoundly defined his entire being: loyalty.

“A lot of words have been used to describe Dwight—a Southern gentleman, selfless, handsome, humble, caring, courageous, loving, funny,” he said. “The one I think that best describes him is loyal. Dwight Clark was loyal to every single person he knew. If you met him once, you felt you had known him your entire life. You never forgot that moment.”

That sentiment about loyalty and particularly, Dwight’s loyalty, rang out so clearly with me.

So, what’s the message? There’s a famous quote by Woodrow Wilson: “Loyalty means nothing unless it has at its heart the absolute principle of self-sacrifice,” and that message of giving all for others is one that resonated throughout the ceremony.

“This is probably one of the toughest things I’ve ever done,” said Montana. “I think as we look around the room, at all the people who’ve come from so far … It speaks a lot about Dwight … what he gave.”

Added Eddie: “ALS took so much from Dwight but it couldn’t break his spirit. And it didn’t dare touch his heart and his great smile. I’m so thankful that I’ve had so many moments that he left me to cherish.”

Just as Eddie finished his speech, the bells of the church chimed out for noon, as they do every day at the exact same time with a rhythm and loyalty heard by all.

One response to Thoughts on Leadership: The Loyalty of Leaders