It’s one thing to understand sunshine, know that it brightens darkness, signifies the start of a new day but it’s another to really experience it, warm and shiny in the early morning. You can feel it then as something real and almost tangible, and it’s so much more than just a nebulous thought in your mind, gone as quickly as it came.

That’s probably the best way I can describe my recent time spent with the Sunshine Kids at Disneyland and California Adventure Park, part of the California Fun-Time Fantasy trip that brings the children to various locales on the Golden State’s Southern Coast each year. I was volunteering as a representative from the Berkshire Hathaway HomeServices corporate office, sent to take photos and document the day. 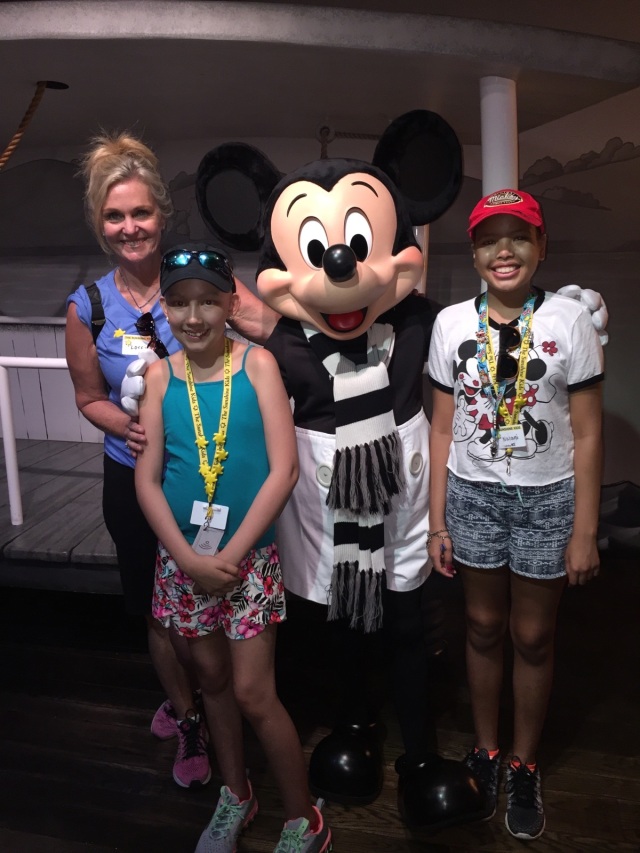 It wasn’t my first time at Disney with the Sunshine Kids (it was my third if you’re counting) but each year I go, I meet new kids eager to have their stomachs drop inside the Guardians of the Galaxy ride or race along the faux-Wild West backdrop of a Cars-inspired coaster. I’m humbled by their strength to cope with such a devastating, nefarious disease as cancer, and I’m in awe of their ability to just be.

(I remember two years ago when our group approached Alice from Alice in Wonderland, who was clearly ready to take off her black satin shoes and call it a day. “Wait!” One of them called out to her and she said in a voice saccharine-sweet, “I’m sorry, little boy. I’ve got to go home to Wonderland and can’t take another photo.” He laughed and said, “Not even for a bunch of bald kids with cancer?” She turned back around.) 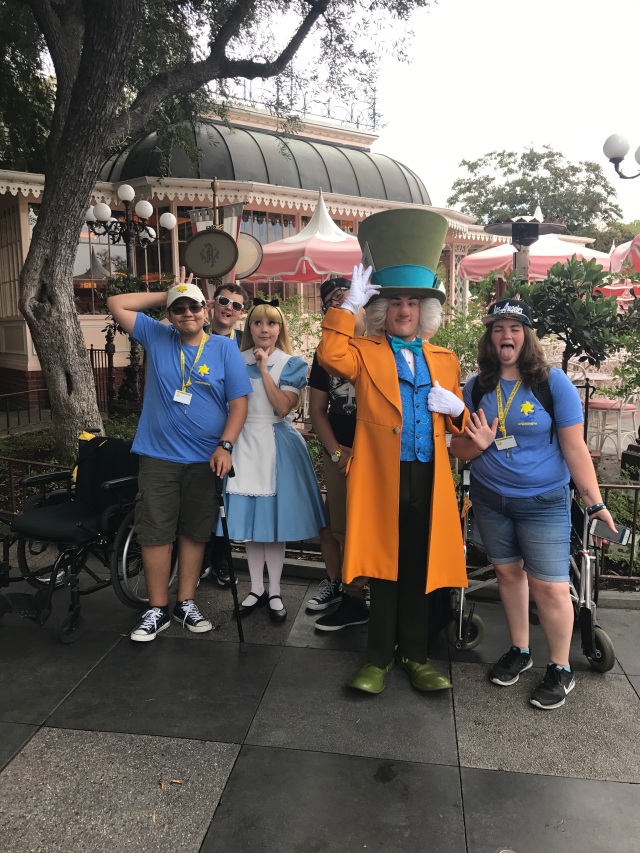 What you realize when you spend any amount of time with the Sunshine Kids is this: They’re just kids. They want to whisper with their friends, lock arms, skip, run, post silly Snapchats to their stories. Sometimes they can—and if the amount of selfies that happened during the day proves anything, they do—but sometimes, cancer won’t let them. That’s when the power of the collective, being with dozens of other children going through the same thing, helps carry them through. And it’s why a trip like this is so important for them to take.

As part of the Disney experience, the bigger group is split in the morning into several smaller groups, each given a few “Genie Passes” to use on the rides. These passes allow us to not only cut the line at every ride in both Disneyland and California Adventure but also to go through the back exit and deal with absolutely zero crowds. Some park attendees are skilled at guiding the kids on the rides using the passes but Genie Passes are so rare that an employee may never see one in his or her entire years-long tenure at Disney. A few times each trip, when we approach with the Genie-shaped golden ticket, the employees will wrinkle their noses, trying to discern what it could mean. (After a quick explanation that it’s legit, the kids are always allowed to ride.)

Along with the special passes, each group has one attending nurse. The nurse in our group—her name was also Melissa—explained to me that four of the kids she was monitoring that day were her patients at the hospital where she works in Fargo, ND. Each one had to be cleared to go, (some were in the process of chemotherapy, some not) and she couldn’t help but smile when she spoke about how relieved she felt they could step outside the bounds of a hospital and have a little fun. The kids called her “mom.” She never corrected them.

Kudos must be given not only to these devoted nurses—they give up their vacation time to attend this trip—but also to the Sunshine Kids staff members. The Sunshine Kids team orchestrates an incredibly and impressively organized yet flexible day; there aren’t too many rules at Disney—except no one can travel anywhere without an accompanying adult—and the kids can really do whatever they want, go wherever they want. Our group rode the twisty, upside-down, 55-mph California Screamin’ roller coaster four times in a row then went back one more time after that. Why not? 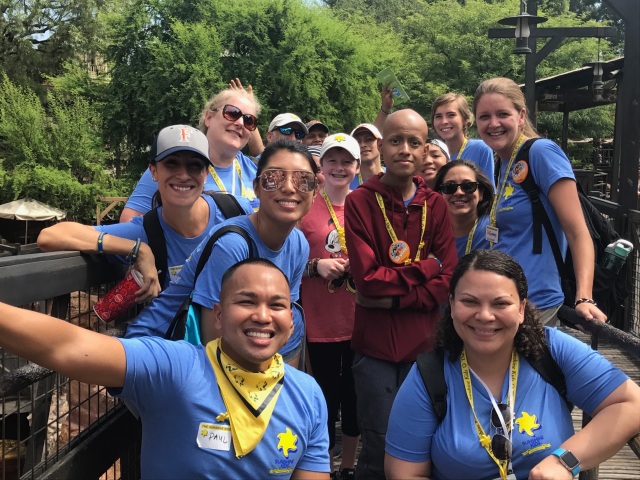 The chance for Sunshine Kids to have a no-holds-barred, good time at the happiest place on Earth is why we fund raise so tirelessly for the charity in the first place. It’s why we organize golf tournaments and chili cook-offs and gala events. Seeing photos of these kids having a blast on their adventures is good—no, it’s great—but hearing their unchecked laughter as they twirl in a raft down the Grizzly River Run is like getting to hold sunshine in your hands.

MELISSA KANDEL is the director of global communications, PR and digital media at Berkshire Hathaway HomeServices. Find her on Instagram: @melissakandel.

One response to A Day at Disney with the Sunshine Kids