This week my travels found me first in Lancaster, PA to meet with the Berkshire Hathaway HomeServices Homesale Realty leadership team. Lancaster is one of the oldest inland towns in the United States, an area rich with history and urban charm.

From Pennsylvania, it was off to St. Petersburg, FL to attend Real Living Connection 2018. I was grateful to deliver a keynote presentation to the group on artificial intelligence and the importance of staying relevant. Bob McAdams, president of Real Living, and my good friend Allan Dalton, Real Living COO and former realtor.com CEO, are doing a fantastic job keeping the brand not only on top of industry trends but also ahead of the game.

And speaking of game, there was quite a big one this past Sunday, Super Bowl LII. As you know, I’m a longtime San Francisco 49ers fan but I’m also a New England Patriots fan. If you remember, last year I wrote my Thoughts on Leadership post about Tom Brady and the Pats’ stunning overtime victory. As I explained, “It wasn’t just the play-making that was the active ingredient in a New England championship; it was also a mindset maintained by the entire team that while they might be down on the scoreboard they were far from out.”

Honestly, when Tom Brady had the ball in the fourth quarter during Sunday’s game, down five points with two timeouts and two-and-a-half minutes remaining on the clock, I thought surely we’d see some of his signature heroics and the Pats would eek out yet another win.

But as you know that didn’t happen. Brady fumbled. The Philadelphia Eagles regained the ball and the Super Bowl championship was basically decided. The Eagles would go on to win the game 41-33.

It’s a testament to a team characterized by hard work and grit that the Eagles pulled off the win. They were, without question, the underdogs.

This was the first time in franchise history that the Eagles would hold the Lombardi Trophy, the first Super Bowl win ever for a team that not only historically struggled but this year, faced tough odds. The Eagles lost their best running back, their signal-caller on defense, their All-Pro left tackle and most damaging of all, their MVP-candidate quarterback Carson Wentz, who tore his ACL in December.

When Wentz couldn’t play, Nick Foles, the Eagles’ backup quarterback was given the chance of a lifetime. Prior to stepping out as Eagles’ quarterback, Foles had a somewhat spotty six-year career with a mix of highs and lows. In 2016, he even considered retiring and giving up the game. He decided to stick around and signed a two-year contract in March with the Eagles to back up Wentz. When Wentz was injured, Foles stepped in and ever since proved he was an underestimated underdog and talented player.

When Foles got the win on Sunday, he became just the tenth backup quarterback in NFL history to lead his team to a Super Bowl win.

At a press conference following the game, Foles delivered these words of wisdom: “The big thing is don’t be afraid to fail. In our society today, with Instagram and Twitter, it’s a highlight reel. It’s all the good things. Then when you look at it, you think—if you had a rough day or your life’s not as good as that—that you’re failing. I think failure is a part of life. That’s a part of building character and growing. Without failure, who would you be? I wouldn’t be up here if I hadn’t fallen thousands of times.”

So, what’s the message? History is replete with examples of inspiring underdogs. Seabiscuit, for instance, was a small racing horse that became an unlikely champion and symbol of hope to many Americans during the Great Depression. He was undersized, knobby-kneed and loved to spent time sleeping and eating. And yet, in 1937, Seabiscuit won 11 of his 15 races and was the year’s leading prize-winner in the U.S. The following year, he was named American Horse of the Year.

Consider also General Patton’s Third Army in World War II, an extra special example to me because my dad was in Patton’s Third Army. Patton had only a fraction of the manpower of the opposing German troops but his army had undeniable drive and that motivation propelled them forward to advance across occupied Europe and stun the German offense. The battle record of the Third Army is the most telling.  The official account, the Third Army’s after action report begins: “In the nine months and eight days of the campaign, the Third U.S. Army could only be measured in superlatives for not only did the Army’s achievements astonish world but its deeds in terms of figures challenged the imagination.” 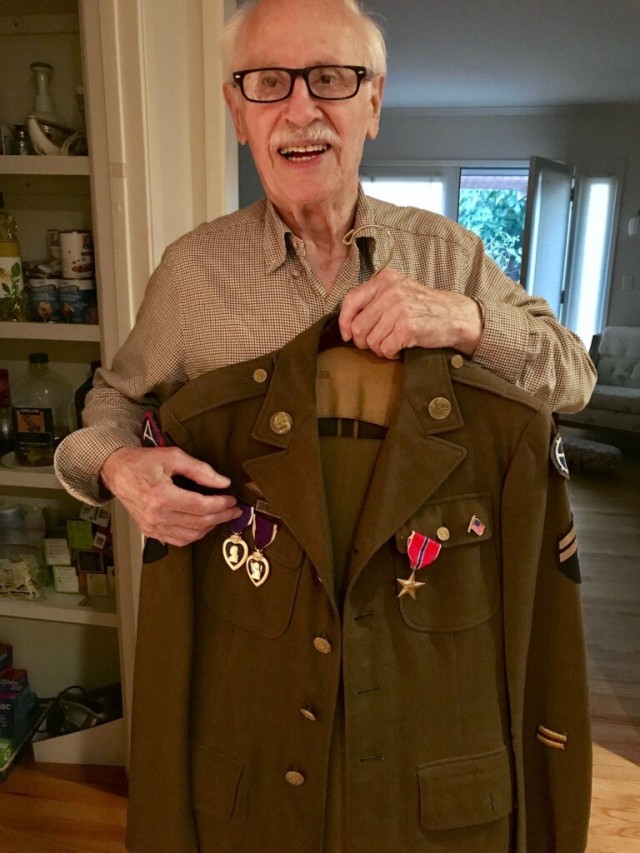 My dad, Paul Blefari, with his two Purple Hearts given for serving heroically in Patton’s Third Army.

There are many amazing statistics yet I will only give you one. The enemy had 1,443,888 casualties to the Third Army, which incurred 160,692 casualties.

This incredible perseverance is reminiscent of the Eagles’ fierce will to win, a collective effort by a group rightly termed the underdogs. Never give up, might be the best message to take away. You must believe, rally, persevere and fight against the constrictive labels others place upon you. Remember that when a strong team works together to achieve a common goal, the impossible can suddenly become possible. “An individual can make a difference,” said Doug Pederson, Eagles’ head coach, “but a team makes a miracle.”

Respond to Thoughts on Leadership: The Spirit of the Underdog