This week my travels found me in Lake Tahoe, California attending Berkshire Hathaway HomeServices’ annual CFO Conference, a gathering of brokerage and finance leaders from franchisees throughout our network.

What I like most about the CFO Conference is that it harnesses the input and best practices of our network’s finance professionals, so all attendees leave with ideas and information to help their companies grow and prosper. Susan Erway of Berkshire Hathaway HomeServices Beazley, REALTORS® in Augusta, Georgia, said the conference helped her examine challenges in a different light and, when talking through issues with like-minded leaders, “the real brainstorming begins. I am immensely grateful for the value the CFO Conference brings me and my company.”

We, too, are grateful for these finance leaders and for their collective intellect and team spirit.

Another example of compelling leadership came from the Florida Panhandle, which took a direct blow last week from Hurricane Michael. As a society, we tend to follow natural disasters as they’re broadcasted and, if we don’t live in the affected areas or have loved ones there, we shift our focus elsewhere once the trouble passes. Through the eyes of John David Sullivan, part of the ownership team at Berkshire Hathaway HomeServices Beach Properties of Florida in the Panhandle, I hope to refocus attention on the devastated region.

Hurricane Michael, a Category 1 storm, gained surprising speed and slammed into the Panhandle at Mexico Beach Oct. 10 with windspeeds of 155 mph – just shy of Category 5 status.

Michael, the most powerful storm on record to reach the Panhandle, obliterated Mexico Beach, Panama City and neighboring communities. Roads, homes, buildings, trees and cars were scraped from the landscape by winds and storm surge and piled in mounds everywhere. Even Tyndall Air Force Base, home to the 325th Fighter Wing and 55 F-22 Raptor jets, suffered immense damage. It’s feared that 22 of those jets have been destroyed, each at a cost of $330 million.

Mountains of debris across Bay County, Florida are hampering recovery efforts as is a lack of electricity, internet and cellular service. First responders in many of these communities have included local residents who mobilized as individuals and melded into small and nimble groups. One is John David Sullivan.

Sullivan, a resident of nearby Santa Rosa Beach, packed up his family Tuesday, Oct. 9 and evacuated west to Biloxi, Mississippi. He returned the morning of Oct. 11 to learn the fate of his home and community. Both were spared by the storm yet just 20 miles to the east began the broad path cut by Michael. Sullivan met a friend and the two drove as far as they could in the direction of Mexico Beach. “We were driving over power lines, trees and debris,” Sullivan said. “So many roads were blocked by trees we needed a way to get through.”

Sullivan found a Sam’s Club and bought as many as 60 chainsaws so he and others could get closer to the devastated areas and help. They drove the chainsaws to a parking lot in Lynn Haven – a suburb of Panama City – and handed out the first saw. Word of the chainsaws spread quickly, and power lineman began showing up to take a saw and go help.

Others arrived at the Lynn Haven parking lot with relief supplies. A man drove across the state to drop off a pallet of water. Then, an 18-wheeler showed up with baby supplies – wipes, diapers, formula. People wheeled up gas grills and cooked hamburgers for anyone who approached. By Sunday, Oct. 14, donated food and relief supplies were so abundant they needed an adjacent parking lot to store and move the goods to areas in need.

With supplies constantly rolling in, Sullivan sought a safer place farther away from the devastation so more volunteers could collect and move goods. They set up in the parking lot of the Ohana Institute school in Rosemary Beach. People brought food and volunteers began making sandwiches and sack lunches for delivery to the Lynn Haven relief hub. “On Tuesday, we fed close to 15,000 people,” Sullivan reported. 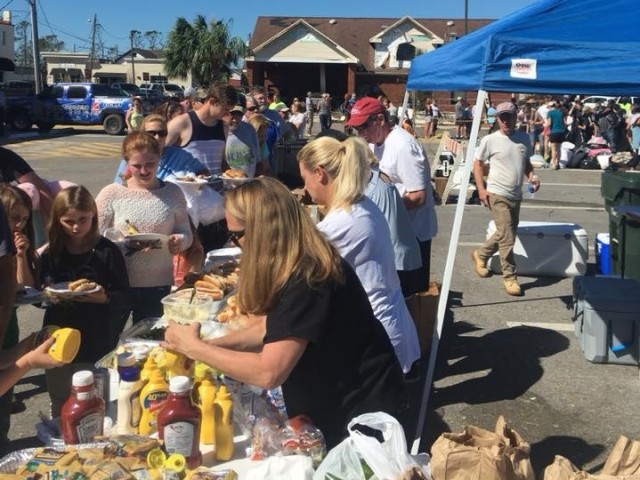 With help fully underway and cell phone service returning, Sullivan connected with Beach Properties of Florida co-owners Hunter Harman and Price Rainer. Independently, Harman drove to Baton Rouge, Louisiana and brought back a load of portable generators, tarps, trash bags and other goods. Rainer mobilized through his church to collect food and clothing.

The three accounted for the last of their agents and employees by Wednesday, Oct. 17 including Kimberly Smith and her family, who for two days were trapped in their home by broken trees and mounds of debris. Smith managed to send a text message and Sullivan dispatched Ryan Jones, husband of New Homes Division VP Lisa Jones, with one of the chainsaws. Jones cut away trees and part of a roof to reach Smith and her family.

Beach Properties of Florida owners gathered their entire team Wednesday to help brokerage members living in devastated communities from Panama City to St. George Island to Port St. Joe – areas still without fresh water, power and other necessities. They brought water, food and supplies and made repairs to agents’ homes where they could. “This was a day to refocus and help our own,” said Sullivan. “We are so fortunate and thankful our people and their families miraculously made it through the storm. We will recover. We will help our communities recover.”

So, what’s the message? There are many, starting with the fact that true leaders find the ability to summon courage and clear thought in the face of extreme adversity. And, in those moments, a purposeful first step leads to another and another, and can eventually move mountains.

John David Sullivan is such a leader and in concert with many others, helped an entire region stagger to its feet and begin the long journey to recovery. It’s fitting that Sullivan and his friends chose the Ohana Institute as a hub for relief. Ohana, as many know, is the Hawaiian word for family and I can’t think of a better example of family at the moment than the compassionate gestures of Sullivan and others for the broader family of the Florida Panhandle. 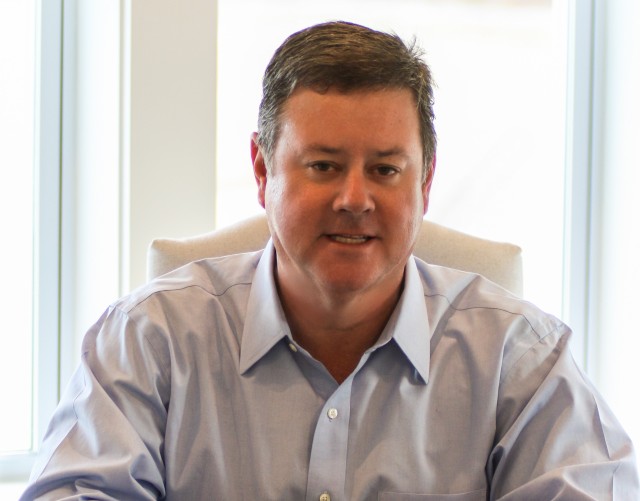 Respond to Thoughts on Leadership: Courage, Compassion and Ohana